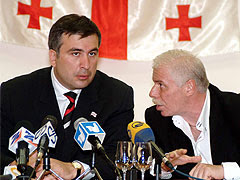 SUBJECT: Alleged Conspiracy by Associates of Arkadi Patarkatsishvili to Overthrow the Government of Georgia

This note provides detailed information on an alleged conspiracy to overthrow the Government of Georgia using extra-constitutional means. The conspiracy entailed an attempt to organize violent demonstrations on January 6 to protest the results of the upcoming presidential elections, and to bribe Interior Ministry officials to secure their cooperation in the conspiracy.

A criminal investigation into the case has been launched by the Special Operations Department of the Georgian Interior Ministry. As foreseen by Georgian legislation, the investigation is being supervised by the Office of the Prosecutor General of Georgia and the legality of all investigative measures is being overseen by the Tbilisi City Court.

The central figures implicated in the case are Valeri Gelbakhiani, a Member of Parliament who also serves as campaign manager for presidential candidate Arkadi “Badri” Patarkatsishvili, and Marina Gabunia, a worker for the Patarkatsishvili campaign. Currently, Mr. Gelbakhiani and Ms. Gabunia are considered suspects under Article 315 §1 (conspiracy to violently overthrow the government) of the Criminal Code of Georgia, in conjunction with Article 18 (preparation of a crime). No charges have yet been brought against Mr. Gelbakhiani and Ms. Gabunia. They remain at large.

The Deputy Prosecutor General held a special briefing on the case on December 24, 2007, during which he made public secret, court-authorized video recordings related to the alleged plot. The video recordings are available at http://www.police.ge/.

Gocha Jojua, a representative of Mr. Patarkatsishvili’s presidential campaign, confirmed the authenticity of the video recordings that had been made public by the Deputy Prosecutor General. The Government of Georgia is committed to ensuring that the ongoing judicial process related to this case is undertaken with the utmost fairness, transparency, and respect for due process consistent with Georgian legislation and international standards.

DETAILS OF THE INVESTIGATION

The criminal investigation so far has revealed that from December 19-21, 2007, four meetings took place between Irakli Kodua, head of the Interior Ministry’s Department of Special Operations, Ms. Gabunia, and Mr. Gelbakhiani. The meetings were initiated by Ms. Gabunia, who appears to have acted under the instructions of Mr. Gelbakhiani.

During the meetings, Ms. Gabunia and Mr. Gelbakhiani discussed plans, in which they were involved, to overthrow the Government via extra-constitutional means. They asked for Mr. Kodua’s assistance in exchange for financial benefits and political guarantees.

The contents of the meetings are discussed in greater details below.

On December 17, 2007, a meeting took place in Tbilisi between Mr. Kodua and Ms. Gabunia. The meeting was videotaped, under authorization of a Decree of the Prosecutor dated December 17; the decree subsequently was approved by the Tbilisi City Court on December 18, in conformity with the criminal procedure legislation of Georgia.

At the meeting, Ms. Gabunia sought Mr. Kodua’s assistance in the alleged conspiracy. Specifically, she asked Mr. Kodua, who heads one of the Interior Ministry’s most important units, to “neutralize“ the Minister of the Interior and other Government officials. Mr. Kodua was promised 1 billion USD if the operation proved successful.

Ms. Gabunia emphasized during the meeting that she acted on behalf, and with the full agreement, of Mr. Gelbakhiani, the head of Arkadi Patarkatsishvili’s campaign.

On December 18, 2007, as she had promised the previous day, Ms. Gabunia arranged a meeting between Irakli Kodua and Valeri Gelbakhiani. The meeting was videotaped, under authorization of a Decree of the prosecutor, which was approved by the Tbilisi City Court on the same day.

At the meeting, Mr. Gelbakhiani confirmed the intent of his partners to overthrow the Government through violent means. He said that they, together with other opposition parties (including some that support president candidate Levan Gachechiladze), would not accept the results of the upcoming presidential elections—even if these elections were deemed to be free and fair by international observers.

The co-conspirators would use purported election-day irregularities as a pretext to organize violent demonstrations in Tbilisi and throughout Georgia, and that these would lead to the overthrow of the Government.

Furthermore, Mr. Gelbakhiani said that 20% of the former members of the political party “Aghordzineba,” headed by Aslan Abashidze (1), are now working for Mr. Patarkatsishvili. He added that approximately 80,000 persons receive payments via so-called “structures” of Mr. Patarkatsishvili’s movement. These individuals, he implied, could be mobilized for the January 6 demonstrations.

Mr. Gelbakhiani further explained that the organizers of the demonstration would aim to take advantage of the fact that, due to the New Year’s feast, many people would be under the influence of alcohol and thus prone to manipulation and rowdiness. Unlike the relatively small-scale and sporadic demonstrations that took place last November 25, he stressed that the January 6 demonstration would be potent and highly organized. Demonstrators would be prepared for violence, Mr. Gelbakhiani added.

Mr. Gelbvakhiani also revealed his group’s plans for Election Day. Namely, he expressed confidence that it would be impossible for the police to control the country’s 4,000 electoral precincts; he suggested that provocations would be arranged, including the possibility of setting fire to ballot boxes.

On the same day, December 18, Mr. Gelbakhiani left for London to meet Mr. Patarkatsishvili and to apparently receive further directions from him.

Meeting Between Mr. Kodua and Mr. Gelbakhiani on December 21, 2007

Another meeting between Mr. Kodua, Ms. Gabunia, and Mr. Gelbakhiani took place on December 21, 2007, following Mr. Gelbakhiani’s meeting in London with Mr. Patarkatsishvili. This meeting was videotaped; advance authorization for secret surveillance had been granted by the Tbilisi City Court.

At the meeting, Mr. Gelbakhiani told Mr. Kodua that Mr. Patarkatsishvili welcomed his participation in the conspiracy to overthrow the Government and expressed his readiness to meet him. Such a meeting took place in London on December 23. The following day, in a written statement, Mr. Patarkatsishvili confirmed that he had met Mr. Kodua and that Mr. Gelbakhiani had arranged the meeting.

At the December 21 meeting, Mr. Gelbakhiani said that the plan would be implemented even if Mikheil Saakashvili were to win a free and fair election. According to Mr. Gelbakhiani several measures had been planned to support the effort to overthrow the Government, including:

· The use of Imedi TV to mobilize public opinion against the acceptance of the election results. According to Mr. Gelbakhiani, at present Imedi TV is deliberately doing everything possible to appear balanced in its political coverage; however, this posture will change on January 5, at which point it will use its coverage to provoke public unrest. He said Giorgi Targamadze, Imedi TV’s Director of Political Programs, will be named head of a new political party that will agitate against the current government and international observers and mediators. It is decided that he starts to create very fierce political background and no “mikhriki”, “mokhriki” and “nakhriki” can change anything. (2)

(1) Aslan Abashidze was an authoritarian head of Autonomous Republic of Adchara in 1991-2004. He had been constantly downplaying constitutional authority of central government and managed to gain de facto independence. He was frequently named as a local feudal. Within several months after election on new president, Mikheil Saakashvili as a president of Georgia, Alsan Abashidze was ousted from power by popular and peaceful uprising. He flew to Moscow. 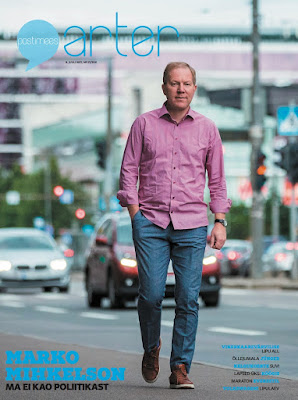 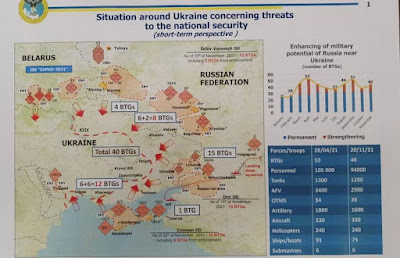